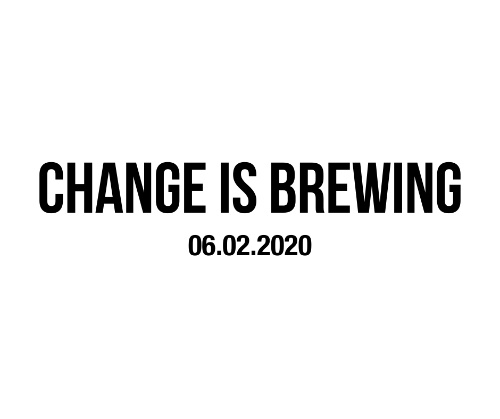 BrewDog overhauls their branding and identity

The craft beer scene in Leeds couldn't be better right now, so why not take our ultimate Leeds craft beer bar crawl! Think Otley Run but with fewer students and craftier beers. We recommend committing a full Saturday to this, ideally in the summer so you can properly take in the fantastic rooftop terraces some of the bars along the route have to offer.

Named after a lot of the stops we'll be taking in, the clue is in the name and the tour starts around the craft-focused area of North Street. Sixteen bars, one day - can you finish it all?

Start here at midday when the brewery tap opens. You won't be able to source any fresher North Brewing beers than here!

The Brunswick is a 7-minute walk from North Brewing Co.'s taproom. Don't worry, however - this should be the longest walk you'll have to do bar-to-bar all day.

Barely a 1-minute walk and you're here. If you haven't had the chance to eat yet then now would be a good shout. The food here is amazing!

The bigger of the two BrewDog bars in Leeds, here you'll be able to get your fix of the freshest BrewDog beers and also selected guest beers. Get your Shuffleboard on downstairs in the basement if it's not too busy.

Going slightly back on yourself here, but don't worry - it'll be worth it! Plenty on tap here and a great atmosphere. Fresh pizza is provided by Dough Boys on the ground floor. Head up to the roof terrace if it's sunny and take in the views of Leeds. Just bear in mind you'll need to suffer plastic glasses if doing so.

You've already visited the taproom, now visit the original bar. North Bar is one of the oldest craft beer destinations, opening back in 1997. Small, but perfectly formed. They always have a fantastic range of beers on. Get in some North beers you missed earlier on, or check out the other selections.

Another roof terrace gem (actually, it has two roof terraces technically). Again there's always a great selection here, primarily downstairs in the Beer Hall. Make sure you get a cold pint of Pilsner Urquell whilst here as it's delivered fresh from Prague unpasteurised (also available upstairs).

No craft beer tour of Leeds should be without the oldest pub in the city. Established in 1715, it's just celebrated its 303rd birthday and is still going strong! With its brass bar tops still intact it still captures all the charm it no doubt had when first opening. It is located down an alley, so make sure you keep an eye out for it. If you are struggling to find it you can also access it from the side of the Trinity shopping centre.

Joined on to Whitelock's is the more recent Turk's Head. You'll probably find a slightly more eccentric mix of craft beers in here than Whitelock's, which sticks a bit more to cask helpings.

Yet another craft delight. Tapped boasts 27 draught beer lines, plus a huge selection of bottles and cans, so you can't complain about choice here. A nice touch involves displaying upcoming beers, so you'll be tempted back once future beers have made their way from the fermenting vessels at one side of the room over to the bar.

What's better than craft beer? Indian street food and craft beer of course. Stop here for a tasty treat with your pint.

The original Head of Steam (the newer one being further out of the city in student-friendly Headingley). The circular bar dominates in the centre, allowing efficient serving. You may need to take a couple of walks around it to see everything that's on offer!

Right... you're now round the corner from Leeds Station. This would be an ideal time to call it a day if you're heading home out of Leeds. However, we've still got a couple more craft beer bars on the route for the more hardcore amongst you!

Tucked just behind the Corn Exchange, this is the original BrewDog bar in Leeds and the second one on our tour. A lot smaller and cosier than the BrewDog bar we visited earlier, the selection isn't as extensive, but there'll still be a great selection of BrewDog and guest beers on.

Yet another Leeds Brewery pub, we're now at the end of our craft beer bar crawl around Leeds. Renovated from an old 19th-century building, this place has both charm and great beers. There's a beer garden if you've made it here in time for the sun setting.

🏁 Congratulations! You've made it!

Are you still standing? I hope so!

This post was updated on 26th March 2019 to remove The Pit on Merrion Street which has since closed.