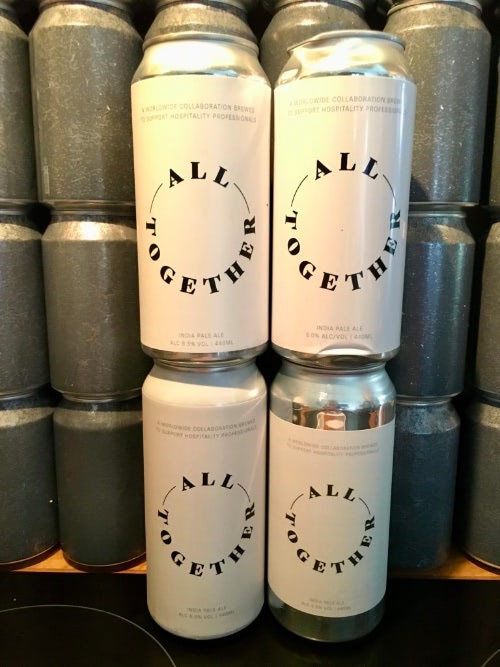 All Together: A review

Horsforth Brewery have just announced their second beer festival, showcasing the best beers from independent breweries from Leeds and across the UK, taking place over the late August Bank Holiday.

The three-day event will include beers from Horsforth Brewery's own range, as well as from Ilkley's Bini Brew Co, Kirkstall Brewery, Harrogate Brewing Co, Nomadic Beers & The Meanwood Brewery.

Craft Beer Newcastle will also be attending, showcasing a selection of beers from the North East.

We had such amazing feedback from the first festival from people who are really into beer, people who want to learn more, and also from people who just wanted a fun day out. We want to do it all over again with new beers to try, some great food and music, and hopefully the August Bank Holiday sunshine! It had been a number of years since Horsforth had a beer festival before ours earlier in the year and we’re delighted to be bringing the buzz around beer back into the village.

Horsforth Brewery will be releasing at least three new beers for the festival, including a brand new West Coast IPA brewed in collaboration with fellow attendees Kirkstall Brewing. They will also have their already established range of beers on tap, ranging from a smoothie sour to a double dry-hopped Kviek IPA.

The festival will take place from Friday 26th to Sunday 28th August, with a ticket allowing entry to one of the five sessions, including a festival glass. There will also be a range of street food, including from Farsley's very own popular Sabroso Street, and Bueno Burgers. Nero's Ices will also be serving up fresh ice cream.

Entertainment will be provided by vinyl DJ Plastique Fantastique throughout the sessions.

Tickets are available to purchase online now for £5.98 per session, and the festival will be taking place at Horsforth Brewery, 143 New Road Side, LS18 4QD.